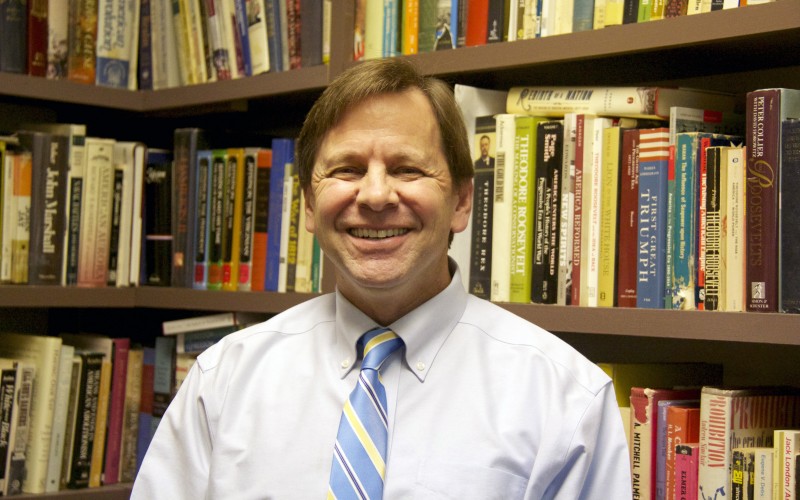 The Vermont State Colleges Board of Trustees has named Dr. Jonathan Spiro interim president of Castleton University. Dr. Spiro will begin as interim president June 1 and serve until a search committee names a permanent president.

“It’s an honor to be named Castleton’s interim president. I’m confident our amazing and hard-working team of faculty and staff will continue our trajectory of success far into the future. While the COVID-19 pandemic creates many challenges for small universities, Castleton will always be a strong and stabilizing force in meeting regional educational needs,” Spiro said.

Dr. Spiro provides a wealth of administrative and education experience, having served in a variety of academic posts since his arrival at Castleton in 2002. During his time at Castleton, he has served as interim provost, academic dean, dean of the College of Arts, Humanities, and Social Sciences, and Chair of the Department of History, Geography, Economics, & Political Science. As a professor, Dr. Spiro was the recipient of the Outstanding Faculty Award for his courses on history, politics, race, slavery, immigration, the ancient Maya, and the nature-nurture debate. As a professor at the University of California, Berkeley, he twice won the “Distinguished Teacher” award.

Dr. Spiro is known nationally as a leading authority on the eugenics movement, and authored the critically acclaimed book “Defending the Master Race: Conservation, Eugenics, and the Legacy of Madison Grant.” He is frequently called upon by national media, including The Atlantic and The New York Times, for his perspective on race and nationalism.

Dr. Karen M. Scolforo will continue to serve as Castleton president until May 31.