James Kelly '98: Reflections from the ICU 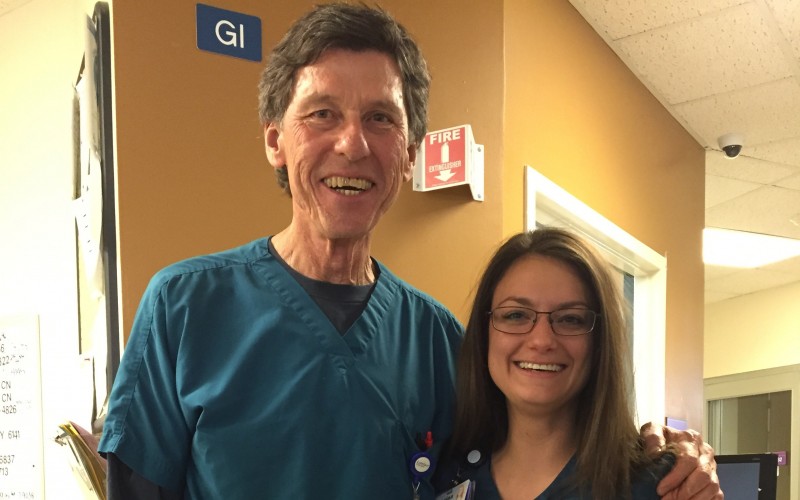 For over 20 years, alumnus James Kelly has pulled three 12-hour shifts a week as an intensive care unit nurse in an adult critical care unit at Lovelace Women’s Hospital, which serves the community of Albuquerque, New Mexico.

"When I leave the ICU after my shift, my mind remembers pieces of the day," Kelly explains as he recounts the time spent at patients’ bedsides. "I think for the time I was there, the 12 hours, that, more than any other time in my life, I was at the heart of things, life, death, and suffering."

Kelly is the author of “Where Night Is Day: The World of the ICU,” a nonfiction work that examines life in the intensive care unit of a teaching hospital in New Mexico over 13 weeks, the time of the average rotation of residents.

"The World of the ICU” is not only about medicine, nursing, and the progress of disease, it’s also about patients and families who suddenly find themselves there. The award-winning book bears witness to his daily observations and reflections and the role of a caregiver.

"For patients in the ICU, their lives and the lives of families have changed in an instant. They are ordinary people facing uncertainty and tragedy. Their lives are exposed, and as a nurse, you are in the middle of their fear, hope, sadness, anger, and guilt,” he said.

Kelly's career in nursing did not begin conventionally. Growing up in Cape Cod, he was drawn to writing because he felt literature, especially the literary realism of writers like John Updike and Richard Ford, explored everyday life, love, family, and loss.

“Reading, and then writing, was for me the way to understand my life and the world,” Kelly said.

After earning a bachelor’s degree in English from the University of Massachusetts at Amherst, Kelly studied Zen Buddhism in Rochester, New York, copyedited for a publishing company, worked as a waiter, and picked apples at an orchard in nearby Granville, New York. He met his future wife, Loren Sapphire, at the Rudolf Steiner Institute in Spring Valley New York, where they were in a program that trained people to become Waldorf School teachers. The two soon moved to Minnesota where Kelly studied Theology at St. John’s College. Loren entered a pre-med program at its sister college, St. Benedict’s before deciding to return to Vermont and pursue the Nursing program at Castleton.

“Loren decided to go to nursing school, and I decided to go after her. It was a practical decision. Nursing was something that would provide economic security while I continued to write,” Kelly said. “As it turned out, nursing became for me what we seek in any vocation: personal and professional fulfillment. It was a career of profound experiences. I think in nursing, I became the person I was meant to be.”

He earned his degree in Nursing from Castleton in 1998.

"Like many people, my life has been a bit of a wandering," Kelly said. "I’m sharing this because my thoughts might resonate with others. I think now that if you’re lost or off track or on the wrong road, not on the road you think you should be on, there is beneficence in the world that is watching you and it will seed whatever ground you are on with the seeds that will blossom into the experiences you need."

Nursing is something that has grounded Kelly.

"To help someone survive a critical illness and begin the journey back to their life, to see the relief and joy on a family member’s face is the reward of ICU nursing,” he said.