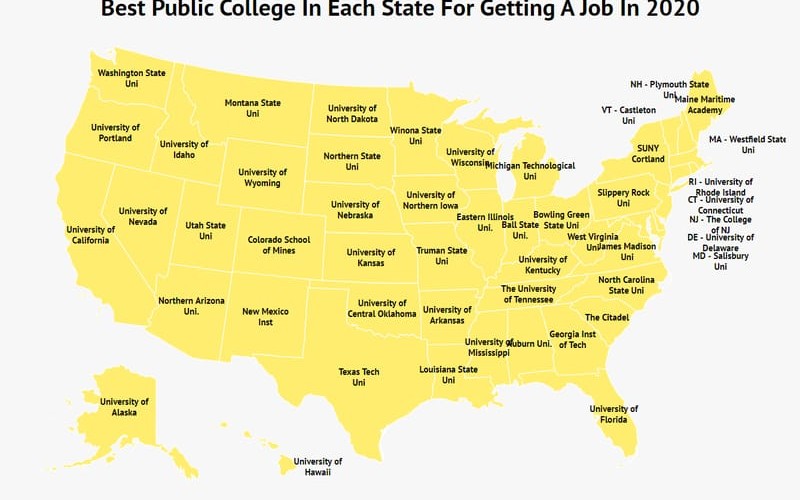 Castleton University ranks as the top public college in Vermont for job placement for the second consecutive year, with 94.66 percent of alumni employed, according to the career resources website Zippia.

Castleton, which has a network of 20,000 alumni, improved on last year's ranking, moving up to third in the nation for public school job placement.

"This ranking is a reflection of our commitment to experiential learning and career-focused liberal arts education, as well as our strong alumni network and community partnerships," said James Lambert, associate dean of advancement for the University. "Our students are prepared to enter their field upon graduation and have built a strong resume during their time on our campus."

Zippia used data gathered by the U.S. Department of Education as a starting point. It searched for the colleges and universities in each state with the highest listed job placement numbers, looking specifically at employment levels 10 years after graduation. They then selected the college with the highest rate of employment in each state, rounding to the second decimal point for readability.

"Secure in the No. 3 spot is Castleton University. Students who go here are almost handed jobs for having this school on their resume, or at least it seems that way, especially with the school's job placement rate at 94.66%," Zippia wrote about Castleton.

Visit Zippia for the full list of the best colleges and universities for getting a job after graduation in each state here.