Elements of the Castleton Brand

In order to promote Castleton's brand initiative, use of the Castleton logo should strictly adhere to the standards outlined in this guide.

An official logo must be used on all marketing materials including printed pieces, visual presentations, and advertising.

The spacing around the logo should never be less than the size of the capital "C" in the Castleton logo.

The Castleton logo may appear on white, green, black or other neutral-toned colors such as ivory or gray. It may never appear on any other color.

The graphic may be used to the left of the wordmark or nested above the “ast” in the wordmark. Additionally, the graphic may be used by itself in special cases as approved by the Office of Marketing & Communications. The primary use case for the standalone graphic pertains to its application on College Store merchandise. No other graphic is allowed with or in place of the logo.

The wordmark-only version of the logo can be used without restriction on web, print, and merchandise applications. 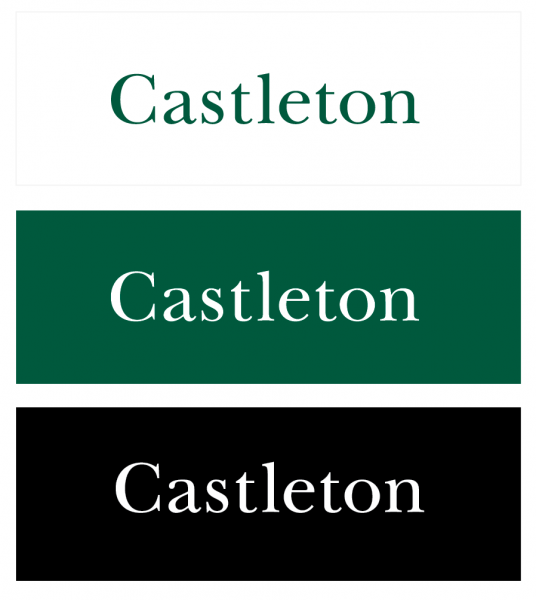 Logo extensions, such as a center, club, or department, should be added below the logo in Whitney Book when deemed appropriate by the Office of Marketing & Communications. Using the logo version with the graphic above the wordmark is not allowed.

On larger marketing and print materials, such as banners, apparel, and merchandise, any of these detailed graphic alternatives may be used.

This graphic option should never be printed smaller than 3” x 3” and should also never be used on the web. 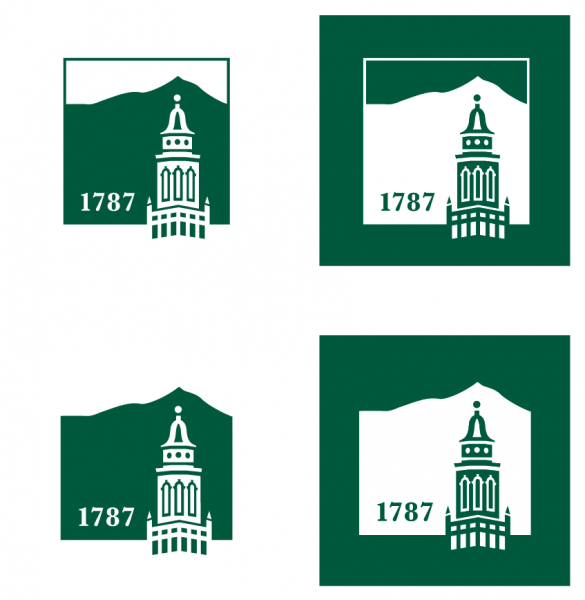