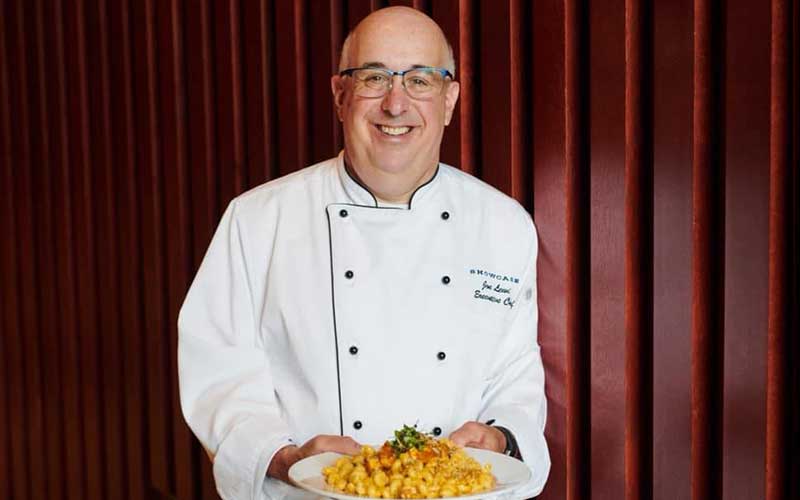 When Joe Lewi ‘85 told his parents he wanted to be a chef, they rolled their eyes at the idea.

“They told me I couldn’t be a cook, so I decided to go into the entertainment and public relations business like them,” explained Lewi, who utilized his time in the Castleton Media & Communication Department to master the trade.

Marketing and promotion came naturally to Lewi. The day after graduation, he headed to Madison Square Garden in New York City and began working for Barnum & Bailey Circus as an event promoter. He spent the next 20 years successfully building a career that specialized in event and entertainment marketing for clients ranging from Disney on Ice to Sesame Street Live and the Harlem Globetrotters, and eventually opened a firm of his own.

When the recession in 2008 hit the entertainment industry, The Lewi Company’s business felt the devastating effect, leaving Lewi questioning his next professional move. His wife, Melissa, a 1986 Castleton alumna, had the answer.

“She reminded me I always wanted to be a chef, so I stopped everything,” he said. “I quit my job and went to the Cambridge School of Culinary Arts and became a chef.”

Chef Lewi was ready for the chance to fulfill his original culinary dream and eager to learn.

“I had to work as hard as I could because it takes at least 10 years to become an executive chef,” said Lewi. “It was the greatest thing I’ve ever done.”

Since 2015 Lewi has served as the Executive Chef for National Amusements, Inc., a world leader in the motion picture exhibition industry, operating more than 900 movie screens in the United States, Great Britain, and Latin America. He travels to all of the showcase theaters, designs the restaurant concepts and menu creations, is responsible for quality control, and works with staff on producing the optimal dine-in movie theater experience.

He also manages his own weekly YouTube series, “Sunday Dinner with Chef Joe,” which he created during the recent pandemic shutdown.

The crossover between his former career in entertainment and his passion for cooking continues to amaze Chef Lewi. The blending of worlds has created his ideal outcome.

“I’ve come full circle if you think about it,” he muses. “I loved the entertainment business and I wanted to become a chef. Now I’m a chef who works for a movie theater company, but I’ve always seen food as entertainment.”