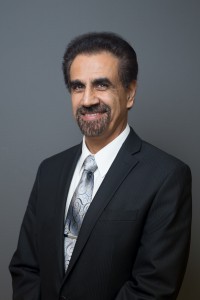 Dr. Parwinder Grewal will serve as the inaugural president of Vermont State University, effective July 1, 2022. Dr. Grewal brings over twenty-five years of experience in higher education and ten years of biotechnology research and development experience in six states and five countries. Most recently, he served at University of Texas – Rio Grande Valley, where he played key leadership roles including the founding dean of the college of sciences, dean of the graduate college, special assistant to the president, and executive vice president for research, graduate studies, and new program development.

He previously served as the entomology and plant pathology department head at University of Tennessee – Knoxville where he also served as the founding director of the Center for Urban Environment and Economic Development and of the Urban Landscape Ecology program. Dr. Grewal received a Fulbright Scholar Award from the U.S. Department of State and Stockholm University in Sweden in 2013.

Dr. Grewal will serve as president of Castleton University, Northern Vermont University, and Vermont Technical College until the unification is complete in July 2023.