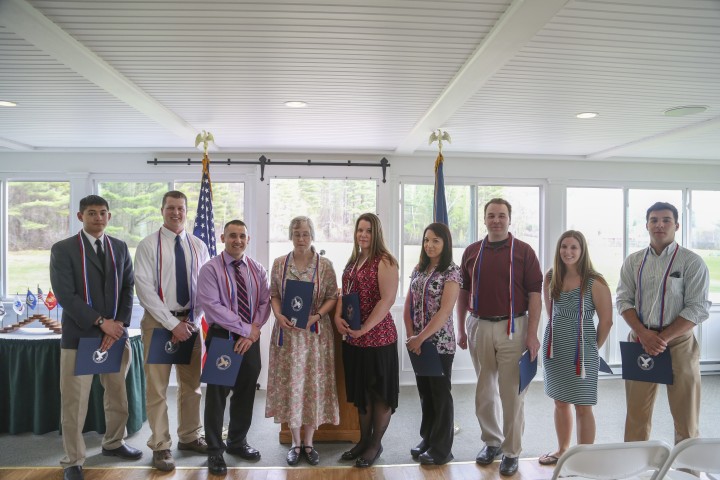 The SALUTE National Honor Society is an academic organization which recognizes student veterans, active duty, National Guard, and Reserve members who have displayed outstanding academic performance. SALUTE Veterans National Honor Society was made possible by an ACE/Wal-Mart Foundation Success for Veterans Grant, and is headquartered out of Colorado State University.

One of the primary goals of SALUTE is to acknowledge and recognize members who have shown courage, strength, leadership, excellence, and perseverance in their military endeavors and now are showing that same commitment to their academic success. Admission to SALUTE is based on maintaining a GPA of 3.0 or higher, as well as your service to this country as a veteran, active duty, National Guard, or Reserve member of the Armed Forces.

The students who are inducted into membership in SALUTE represent the highest echelon of American military and veterans in higher education at two and four year institutions. Members are inducted for life and are eligible for a wide range of international SALUTE scholarships.

Students selected for membership can either become part of their locally organized chapter, or be nominated and inducted to the National Chapter.

After final grades are submitted at the end of the semester, students who meet the SALUTE criteria are sent an invitation letter to be nominated and join SALUTE.