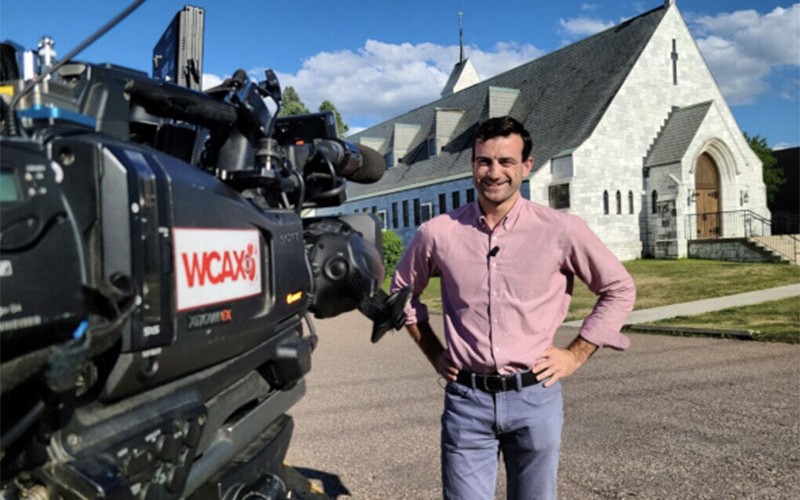 The many talents of Media and Communication alumnus Ike Bendavid were recently recognized, as the 2016 graduate was selected by the Castleton Alumni Association for the University's 2020 Emerging Leader Award. Alumni who receive this award, have graduated within the past ten years, are making an impact in their community or profession, and have demonstrated exceptional success in their chosen field. They also possess outstanding character, creative leadership, professional achievement, and show devotion to Castleton.

Bendavid transferred from Utica College to Castleton in 2013, where he joined the Spartans football program and was named to the ECAC All-Conference Academic Team twice. As a Media and Communication major, he established his love for broadcasting while anchoring and reporting for the Castleton Video Magazine and providing play-by-play broadcasts for varsity athletic games. During his time at Castleton, he received the VT Association of Broadcaster's Scholarship and an American Sport Education Program Coaching Certification, in addition to participating in the University’s mentoring program for elementary school students.

“I am thankful for the liberal arts education that helped me also expand my interests. Castleton gave me the tools I needed to learn while getting real-life experience on campus. Those experiences translated into my professional career,” said Bendavid. 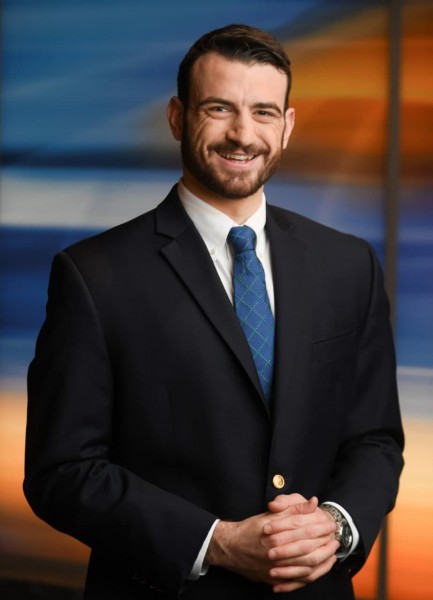 "I spent the first few weeks sleeping on an air mattress in a friend's living room before my lease started. It was a grind,” he explained. “I took advantage of every opportunity to learn while an intern, which resulted in some seven-day work-weeks to start. My hard work paid off as I was offered a full-time job just a few months in working as the weekend morning producer and reporter. Since then, I have spent the last five years working in almost every position."

In 2020 Bendavid was nominated for a Regional Emmy Award as Best Serious Series with the three-part investigative report, Still in the Shadows. In early 2021, he received his second Regional Emmy Nomination for Wildlife Watch: Biologists Count Hibernating Bats, and was most recently named the news anchor for the WCAX News at 11 p.m.

The Emerging Leader award was to be presented to Bendavid at the annual Castleton Gala in June 2020 which was postponed due to the COVID-19 pandemic and will instead be presented at a small campus awards gathering in August.