Karen Trudeau ’11: A Decade of Communication 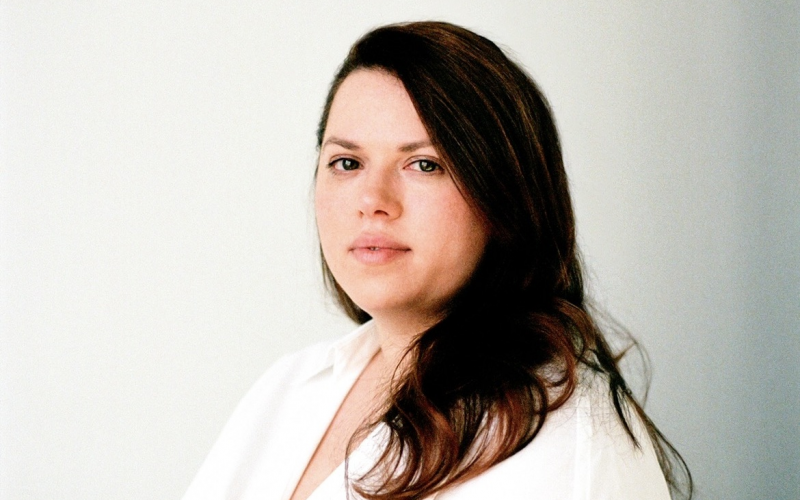 When Karen Trudeau was trying to break into the industry, social media as we know it today was in its infancy. Having completed her degree in Media and Communication with a concentration in Public Relations, she felt discouraged by a lack of response from dozens of local businesses when applying for jobs.

This led her to take a job that she could secure more readily while continuing to search for a position in her desired field. Having worked as a nanny while she was in school, she reached out to a former family for a reference, only to learn that they had an open position.

On a Friday the family invited her to move to New York City and be a live-in nanny for them, and on Monday she was on a plane to New York.

“I packed a bag of stuff and flew to New York, and I didn't come back for almost a year. So it was kind of immediately jumping right into New York life,” she said.

During her off-time from nannying, she would work to find a place in advertising. Beginning with a six-month internship for a PR firm before booking her first freelance job working for an inventor of children’s toys and games. Here, she met her first connection to the world of agency communications.

“…His sister Jenny was the first person I met who worked in the agency world. So I kind of lightly harassed her for probably three months. Sending her an email every two weeks or so asking about a potential job at her agency until, finally, she connected me with her boss at an agency called People, Ideas & Culture (PI&C),” she said.

The job at PI&C was a year-and-a-half of copywriting, social media, and community management for Hilton brands' luxury hotels and resorts.

“I kind of cut my teeth there back in the days when social media was very organically driven. There wasn't a lot of paid stuff, just kind of playing around. It was when brands were just starting to realize that social media was something all of them needed to do. So that was an exciting time. And it was on the advertising side, so it was lots of big idea brainstorms,” she said.

Following PI&C Trudeau was hired as one of the first social media employees at Sharp Think, where she worked for over four years helping to build out the team. By the time she left, the team consisted of nine social media employees who had worked on dozens of campaigns. At this point, she was starting to consider working in-house for a brand rather than continuing to work for agencies as she had been.

However, she was offered a position at BCW Global, a global communications agency. There she had the opportunity to be near fully dedicated to working on Bank of America, acting as a close collaborator with their in-house team.

“It's hard to just get your foot in the door with a company where no one knows you. So almost all of the jobs that I've had have come through either a personal connection or recruiter reaching out to me,” she said.

This is exactly how, after three years at BCW, she found herself accepting a job offer with the hedge fund company Citadel.

When discussing how her education experience impacted her career, she remarked on how it was the social environment at Castleton that has had the most tangible influence on her career.

“The ability to be different in New York is really important…I've always found that my friendliness, that I feel is inherently Vermont and also very Castleton, has made people like me, and look to me for opportunities, and want to work with me in a way that has actually really move my career forward,” she said. “That may not be a thing that people would necessarily look for in a school, but I think it's a kind of a secret weapon of my time at Castleton,”.

The social experience wasn’t all, though. She also mentioned that the courses she took with Journalism Professor Dave Blow were deeply tied to progressing her writing abilities to a professional level.

“The journalism classes I took with Dave were some of the most formative in terms of taking my writing from what it was, and bringing it to a journalistic place. It cemented my love of writing in a way that ultimately led to the career I have now. I write every day. Even now, 10 years in, I write stuff every day. Whether it's a presentation, pitch deck, or social copy, I still think about things I learned in those classes all the time,” she said.

Trudeau has also learned a lot from the decade that she has been working in the field.

“This was kind of a hard lesson for me, but nobody is going to look out for you the way that you can look out for yourself. I think a lot of times, especially early in a career, it's easy to look to other people for the direction you should go or opportunities that you should pursue or take. It's easy to sit back and think that people managing you are going to make those things apparent to you,” she said. “But the truth is if you're not finding ways to make yourself visible…if you're not finding ways to put yourself in front of leadership in a respectful way, it's hard to make progress.”

One of the most fulfilling things for her now as a more senior-level employee is helping support junior employees as they try and make progress of their own.

“I care a lot about bringing up other women and people who are marginalized in other ways. For me, supporting other women is a very important part of my career. Why not make the path easier for them and share everything that I know?,” she said.

Her advice for those looking to enter the social media or communication fields is to engage with new platforms for fun and then leverage that experience in your professional life.

“The things that I start to look for now, when I'm pulling in people at the very junior level, are people who understand things that I maybe don't. So if you can show that you have expertise in TikTok, or new emerging platforms, that's always super valuable to me. So spending time creating content for fun that you could potentially use as an example of what you can do creatively, I think that's a really good thing,” she said.