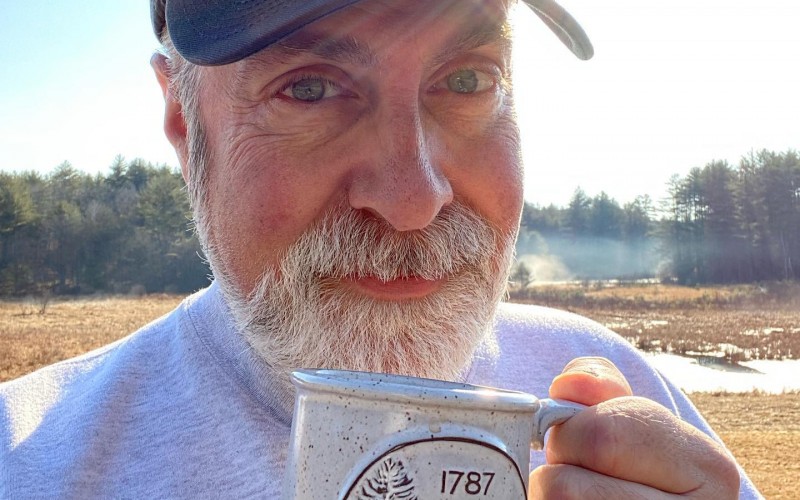 Communication alum Matthew Forrest Esenwine is the author of several successful children’s books, including “Flashlight Night,” one of the New York Public Library’s Top 100 kids books of 2017, and “Once Upon Another Time,” which was called “a necessary addition to picture book collections” by the American Library Association’s Booklist.

Esenwine began writing for a young audience through his love of creating poetry.

“After years of having adult-oriented poems published in various journals and anthologies, I found I had also collected several children’s poems that I didn’t know what to do with,” he said. “I think writing for children comes naturally to me because I love being able to tell a story or describe a scene in as few words as possible, in a tiny, tight, compact space, which is precisely what poetry is all about.”

Although he was already a published poet in college, making a living as an author was not something Esenwine had yet considered. In his sophomore year at Castleton, he found a job in radio at a station near where he lived in Concord, New Hampshire. He thought his voice might be his source of income. By the time he graduated in 1989, he had three years of professional experience in radio and would spend the next 25 years trying to scratch out a living on the air.

“During those years, I moved around from station to station in the New England area and even lived in Nashville for about a year,” Esenwine said. “But I was always writing, whether it was for commercials, comedy bits, or promotions. All of this helped forge the career I have now.”

In 2012, Esenwine and his wife did the math on his radio salary and realized that if they subtracted the expenses for commuting, gas, and daycare, he would net about $150 a month. They decided that it would make more sense for him to stay home, take care of the kids, build his voiceover career – which he had been working on parallel to his career in morning radio – and take the time to develop his writing career.

“I now spend my days writing and revising book manuscripts and poems, working out ideas and concepts for new books and poems, or doing social media and other types of marketing for the books and poems I have out,” he said.

His voiceover business requires him to record audio for clients at a moment’s notice, so when he wakes up with a script in his inbox, that usually takes precedence because he knows this work has been the backbone of his writing career.

“I must have written and voiced thousands of radio commercials over the years, Esenwine said. “Little did I know that all that copywriting, coupled with my poetry, was preparing me for the world of children’s lit – where short, impactful vignettes and word economy are paramount.”

Esenwine recently returned to Castleton to speak with the children’s literature classes and give hard-earned guidance to students interested in the field.

“Take time to hone your skills, time to learn the industry, and the time to make connections,” he said. “Far too many people jump into children’s writing assuming it’s easy because “you’re just writing for kids.”

He also knows it is important for students to realize that jobs and careers can change, just like majors.

“When I began my freshman year in Haskell Hall, I had no idea I would one day be writing children’s books and voicing TV commercials halfway across the country.”

Esenwine’s latest book, “A Beginners Guide to Being Human,” will be released in October.