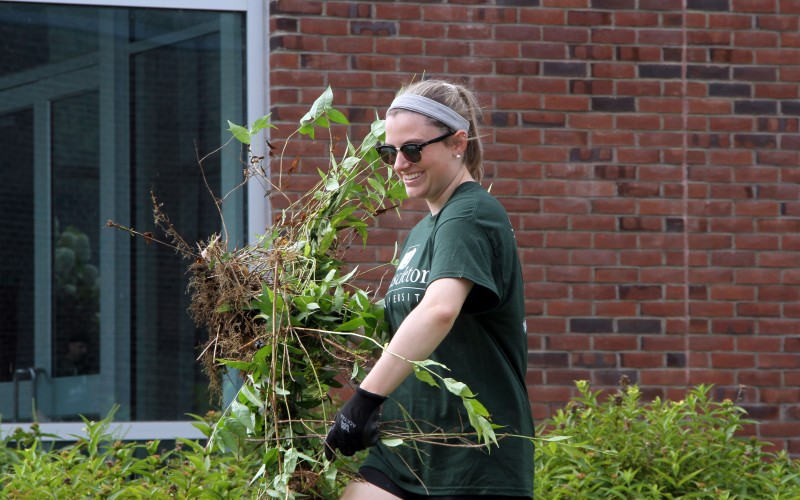 Castleton University first-year students learn many new things during orientation: their way around campus, the words to the Castleton Anthem, and names of the hundreds of others who are with them on this journey.

More importantly, they learn about the importance of civic engagement and how to be good neighbors.

“We have a long history of civic engagement at Castleton. It’s an important part of who we are,” said Interim Dean of the College of Health and Sciences and Civic Engagement Certificate Program Coordinator Peter Kimmel. “When we talk about civic engagement, it could be the Castleton community, the local community, the greater Rutland area, and for you, it could be home – whether that’s in Vermont or beyond.”

Professor Paul Derby explained the significance of the green shirts students were given, adorned with a frog and a sun. These are symbolic of the University’s Green Campus Initiative, which represents Castleton’s efforts to reduce its carbon footprint and work toward a sustainable future. Derby shared how students can get involved, including serving as Eco Reps and joining the Green Campus Initiative Work Group.