The philosophical questions that students encounter in the writings of the world’s most valued thinkers constitute the core of the human drive to understand ourselves and our place in the cosmos.

In the Philosophy program, you can contemplate what reality is “really” like, the nature of knowledge; and the thoughts of history’s greatest thinkers, such as Plato, Aristotle, Aquinas, Descartes, Kant, and Nietzsche. You can also focus your studies on one or more religious traditions, including Judaism, Christianity, Islam, Hinduism, Buddhism, Taoism, and Confucianism.

The department also offers a minor in Philosophy.

Benefits of a Philosophy Degree

Philosophy Outside the Classroom

The Philosophy program supports a variety of opportunities for students.

Highly-focused Philosophy majors can also take advantage of our 3+2 program with Vermont Law School, which allows you to earn a Bachelor’s degree in just three years at Castleton and a Juris Doctor (JD) degree in just two years at VLS.

“I have learned many life lessons and will take my experiences here at Castleton with me forward in life.” 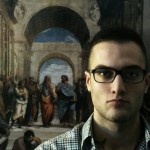 “I love what I am learning, and I’m having a blast continuing to learn.” 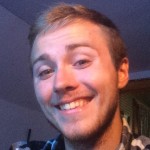