The Appeal of esports Goes Far Beyond Playing Video Games 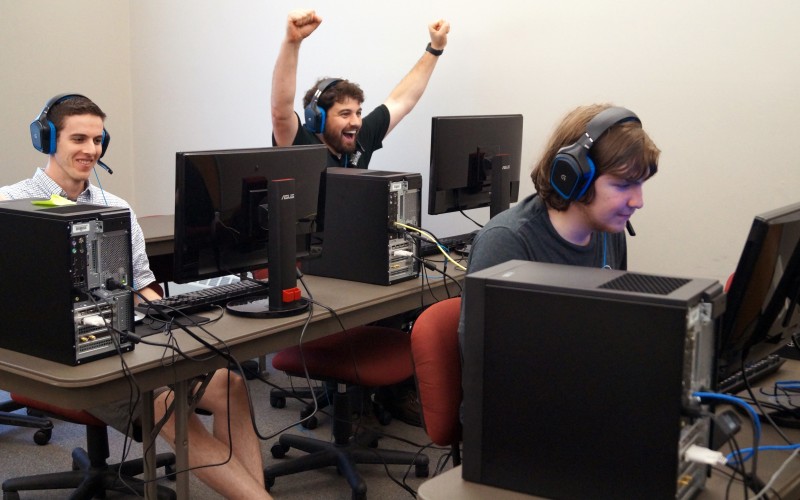 Maybe, it just fits the stereotype. Timothy Bronson describes himself as being a quiet kid who mostly kept to himself. Gaming has always been a part of his life and self-identity.

But what if there could be more to it?

When he got to Castleton University, he found out there was. A lot more, as it would turn out.

“Once I was in college, an opportunity was presented to me where I could lead a bunch of people who have similar interests,” Tim said. “If you knew me in high school, it was something you would never think I would do. It’s probably fate that I chose Castleton over anywhere else. That’s probably why I’m doing well.” 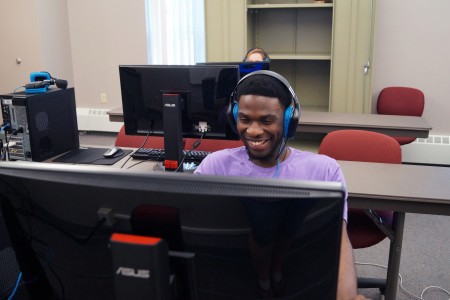 Tim, a sophomore Computer Information Systems major from Swanton, Vermont, is president of the esports club. He has found that there is a social element to gaming that reaches beyond the virtual world and changes the way people may view serious gamers.

“There are a lot of personalities. It's not a cookie-cutter nerd who plays games. There are a variety of majors. They come from all backgrounds,” Tim said. “Somehow, one game has brought them all together, which is kind of weird to think about.”

As Tim’s perspective on gaming continues to grow, so does the esports team. It now has 21 members and is seeking more. The club fields teams for Overwatch, Rocket League, Counter-Strike: Global Offense, League of Legends, Fortnite, NBA2K, FIFA, and Madden.

The club holds about 25 hours of practice over four days each week, though individual teams practice roughly 5-10 hours each. It is currently applying to join NACE, the National Association of Collegiate Esports.

“Instead of just finding some random people online, it’s people that you see every day. You see them on the sidewalk, you get to say hi to them rather than being an icon on a screen,” Tim said. “As the days go on and the more you practice, the more chemistry you get and the more you get to know people. It’s easier to just relax with them.”

“It’s been a place where I can just escape and have everything the way I want it to be. Some people say they escape through sports. I escape through video games,” Quinn said.

Developing relationships that go beyond video games and having teammates he can rely on are important aspects of team play.

“An organized team makes everything easier. You have people you can depend on rather than getting some random person, Quinn said. “You know them, you trust them and understand their play style. You have real conversations with them face to face over dinner.” 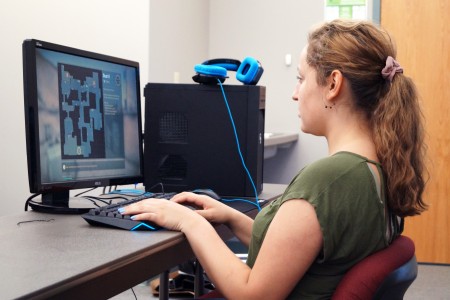 Matt Corriere, systems administrator in IT Services, serves as the club advisor and helps with equipment purchasing and setup. He is impressed with how far the club has come in just a few semesters.

“I have been in the background of the club. I can’t give Tim and Quinn enough credit for what they have built. It’s amazing what it has developed into. I can’t stress enough how much work has gone into building this,” Matt said.

Matt said Chief Technology Officer Gayle Malinowski has been incredibly helpful with purchasing and supporting the club as it works through various challenges such as identifying the best machines for the future and how to safely store the powerful computers needed for gaming.

"Club Sports Coordinator Chris Chapdelaine, Gayle, and I have worked very well together to find the best solutions to these obstacles without any trouble,” Matt said. “I cannot emphasize enough how fortunate we are to have such great supporting staff for the club.”

In the meantime, Tim and Quinn will keep working to add equipment and grow membership.

“I feel as though there are so many personalities that you wouldn’t get to see online,” Quinn said. “Though they are different skill levels, they all want someone they can trust while playing. The teammates we have are truly amazing.”